FOSTER'S mill  is shown on the earliest map of the area in 1632.Fireclay was worked at Blaydon Burn in the 1760’s and by 1798 John Forster was paying 6s/3d ( 16½ p ) rental to work here. Joseph Cowen joined his brother in law John Forster in business and by 1834 Joseph was operating 7 kilns and the site was known as the High Yard. The High Yard closed for production in 1919 but joiners and pattern makers shops continued until the 1950’s.

The GREENWELL MILL also known as Robinson’s or Shipping’s Mill was advertised in 1781 as the Green Mill near Winlaton– although by 1896 only a chimney remained and by 1914 the buildings had been covered by railway sidings. 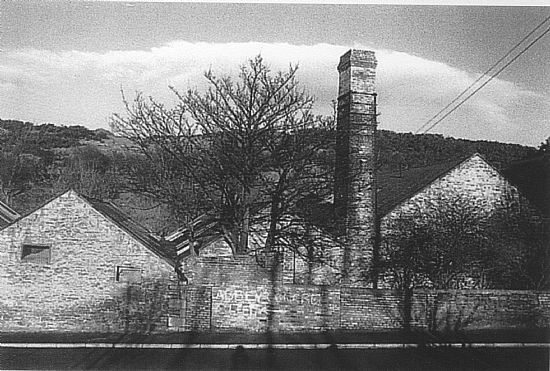 Joseph Cowen snr. born in 1800 was apprenticed into his father’s trade as a blacksmith, he went into business with his brother in law John Forster at Blaydon Burn. The works began at the High Yard at Blaydon c1820/25 and by 1835 Joseph Cowen had extended his works down the valley to the Low Yard. The brickworks arose because of the supply of coal. Fire clay occurs naturally between the seams of coal and fire bricks and gas retorts made from fire clay were needed for the great Victorian steam age. The clay was composed of silica
and aluminium without lime or iron and weathering separated the impure portions from the good clay and enabled them to be seen and removed with ease, to the clay was then added sawdust, pulverised wood, charcoal, coke and carbon ( Industrial resources of Tyne & Wear 1864 – ref Lit& Phil.N6)There were 7 kilns at the High yard.

As well as bricks the works made ‘Mr. Cowen’s Celebrated Gas retorts’ Cowen’s invented the clay retort which was found to be superior to previous retorts made from iron. In the making of town gas – coal is shovelled into long gas retorts. The retort is a horizontally placed tube about 8’ long and a foot in diameter. Beneath a bank of retorts a coke fire kept up the heat required to drive off gas from the coal – which then goes up vertical pipes (like a church organ) – then passed through various structures to remove sulphides  and  tar and then finally travelled in to a gas holder  ( gasometer ) The kilns known as ‘Newcastle Kilns’ were single chambered, but often set out in a battery with firebrick arch and flues in the ceiling. They had to be fired and then cooled before emptying. Later kilns were continuous and could be kept
permanently at work with burnt bricks being removed and green bricks set between each circulation of fires.

Lily bricks were made by Cowens at the Lily works, Rowlands Gill and an underground passage linked Blaydon Burn and R. Gill so bricks could be shipped out from Cowen Quay at Blaydon – no need for Cowen to pay to ship out fro