The origins of travelling fairs are lost in time but probably began in Saxon times when a day was appointed for the people to meet at a designated place for trading for essential goods such as clothing, cooking utensils, needles, thread, ribbons and so on. The gathering of crowds attracted other traders selling wines, ales and sweetmeats to sell and the day would end with music, feasting and dancing; there would be fiddlers and pipers and people would dance or ‘hop’ around bonfires to the music. Later side shows and roundabouts were added. The Winlaton Hoppings are traditionally held the first weekend after 14 May. Every house would be cleaned thoroughly inside and out and the special meal was veal and ham pie with spring cabbage and new potatoes and Hopping Spice loaf at tea time. The children all had one free ride on the first day and up until 1905 there was a parade to church on the Sunday organised by the Old Volunteers ( the forerunners of the TA), then up until 1939 it was organised by the St John Ambulance Brigade. The parade ended with the onset of WWII, although there have been sporadic revivals in the 1960’s and 1980’s. A song called 'Winlaton Hopping' written in 1830 by John Leonard of Gateshead celebrates the fun of the hoppings and includes these memorable lines -

The annual hoppings are still part of village life, until recent times the rides were spread around the streets and the squares although they are now held on the Windy Fields. 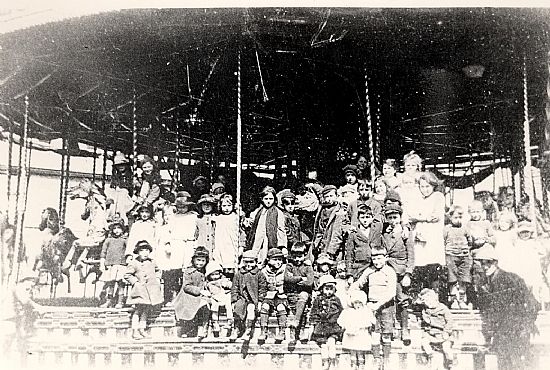 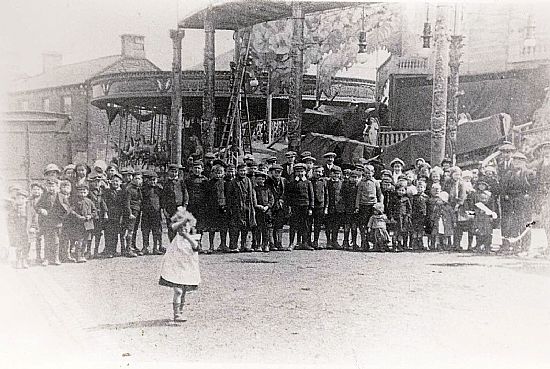 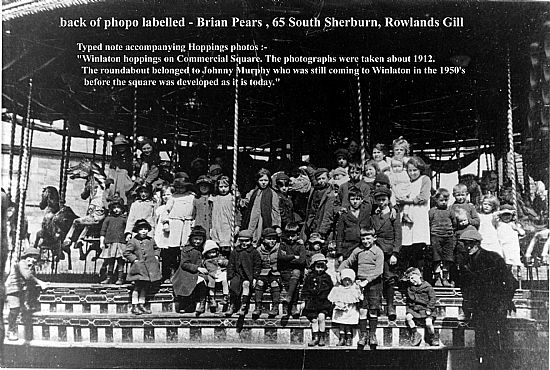 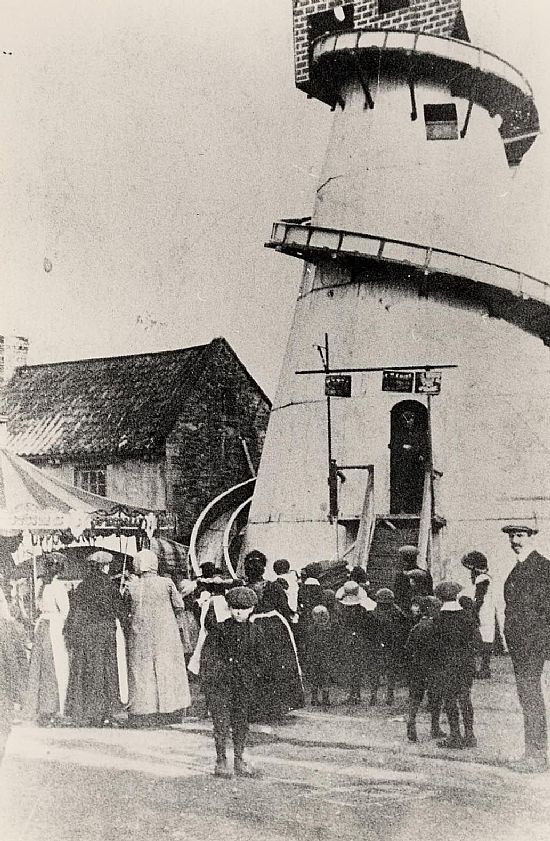