A Joseph Laycock came from Yorkshire to be a factory manager  for Crowley’s in Winlaton. He took up residence at Well House in Oldwell  Lane.He was succeeded by Robert Laycock who had 3 sons – Joseph, Richard and Robert.Joseph was born in 1798 and built Hallgarth Hall in 1835.Joseph Laycock later built another house in Gosforth, Newcastle upon Tyne. He became Mayor of Newcastle in 1858, he was a Justice of the Peace for Durham and Northumberland and for many years Chairman of the Blyth and Tyne railway and died in  1881. 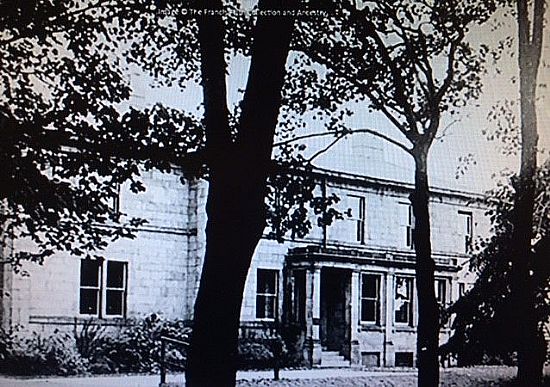 The Hall was owned by Herbert Wylam Grace from c1886 until his death in 1925, he was owner of a paper manufactury in Newcastle, a colliery proprietor, director of Bebside Coal Co. and County Magistrate for Durham. After the death of Herbert Grace a Mr. D.Ireland a market gardener of Ponteland owned the house.When the Social Club on Front Street was gutted by fire in 1947 the club bought Hallgarth Hall. The Social Club built on various extensions to the building in the 1950’s and 1960’s rendering the original house unrecognisable.Eventually the Social Club ran into financial difficulties and closed their doors. The Hall was sold and demolished in 2016 with housing being built on the site.Most of the garden is now owned by Gateshead Council and used as a public space but the original boundary wall can still be seen. The lane running alongside the stone wall which forms the boundary was known as ‘Love Lane’ 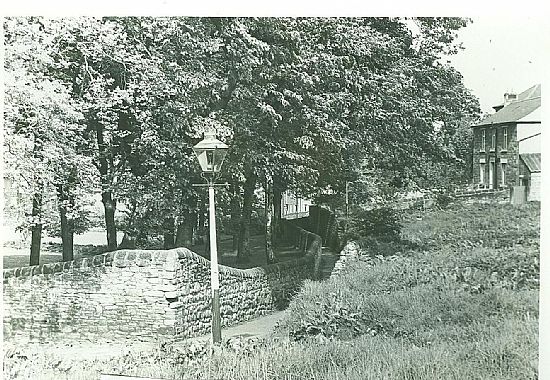 The story is that a young maidservant at the hall used to meet her lover, a young miner from Blaydon Burn Colliery at 6.00pm every evening. Eventually the inevitable happened and she became pregnant. Upon hearing the news the ardour of the young man began to wane. Fretting over being deserted by the young man she would stand in the lane every evening sobbing, hoping he would come back to her. When the child was born the maidservant and her baby died, but the sobs echoed on!
For years afterwards many refused to go down the lane in the evening due to hearing the sounds of sobbing and the uncanny feelings of a presence. The sounds stopped in 1900 at the time it was reported that the errant lover had been killed in an accident at the mine..