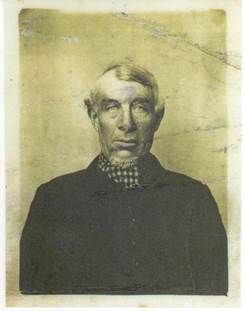 John Oliver ( Coffee Johnny) in his normal working clothes, and his grave at St. Paul's Church, Winlaton. John Oliver ( 1829-1900), a Winlaton blacksmith, was made famous by the song Blaydon Races .
Born Winlaton 1829.He was a blacksmith and also well known for his fighting skills.He was also a great fan of hunting and horse racing.He is of course famously mentioned in the song ‘Blaydon Races’.The races that day 9 June 1862 were a wash out due to heavy rain and the horses a great difficulty getting across to Blaydon island, the site of the racecourse.the lack of horses prompting the phrase ‘wee stole the cuddy’.

Verse 6
The rain it pour’d down all the day, an made the ground quite muddy
Coffy Johnny had a white hat on – they were shoutin‘Whe stole the cuddy' 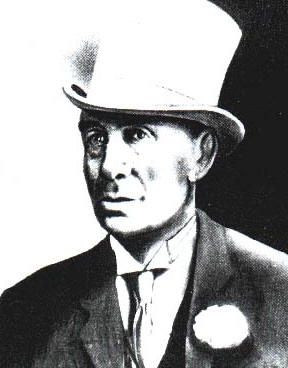 Though Coffee Johnny was also suspected in being involved in the disappearance of a horse on its way to be shod! He fought Will Renwick in 1850 – this fight lasted 36 rounds and ended with Will Renwick being brought home in a cart. Coffee was a tall man- well over 6feet tall, and looking even taller in his habitual tall hat. Nick name because he always said to callers ‘I’ll just finish my coffee’ before he would go out.He would earn extra money holding the horses at every  hunt in the county as well as opening gates and any other legitimate – or otherwise means of earning money. Near the end of their hunting days he once told Lord Ravensworth while helping him onto his horse ‘Yer getting aad & stiff like meeself Mistor Ravensworth’ and on another occasion he told Lord Ravensworth he would be a bigger landowner than him one day – ‘Hows that?’ queried the Lord. ‘Because It’ll take 7 feet of land for my grave – and much less for you –  you’re the shorter man - so I’ll be the bigger landowner!’He died in 5 April 1900 at his daughter’s house at Blyth.His body was brought back to Blaydon by train and carried in a hearse up to Winlaton accompanied by the music of the Winlaton Brass Band.

.He is buried at St. Pauls – and indeed the plot is 7 feet – the largest in the churchyard. 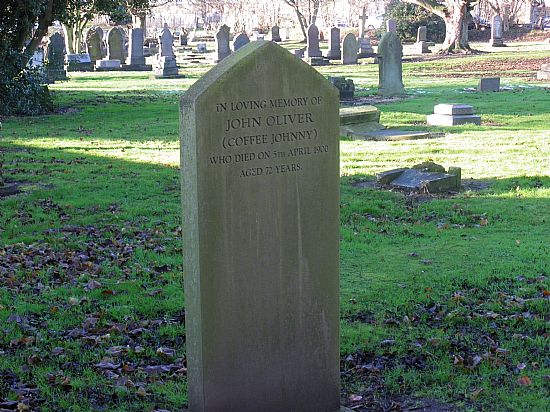