Built 1854 on the corner of Albert Street and Shibdon Road and known as Albert Street Primitive Methodist Church. The Blaydon Circuit was formed out of the Newcastle 2nd. circuit in 1897 having previously been a branch circuit. On Methodist Union it became part of the Gateshead West Circuit. In 1944 the Blaydon Methodist Societies of Albert Street, Lucy Street and St. John’s amalgamated. It was decided that Lucy Street would be used for worship, St. John’s  for the Sunday School and social occasions and that Albert Street would be sold. After closing the building was used by Durham Co. Council as Blaydon Library 1949-1976 and thereafter has had a number of uses, formerly a dance studio it is currently used by a hairdresser and a vetinary practice.- 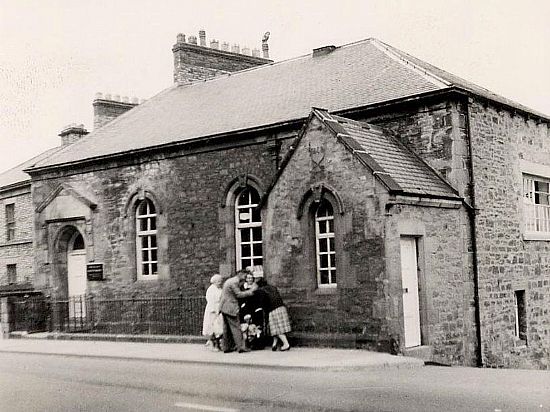