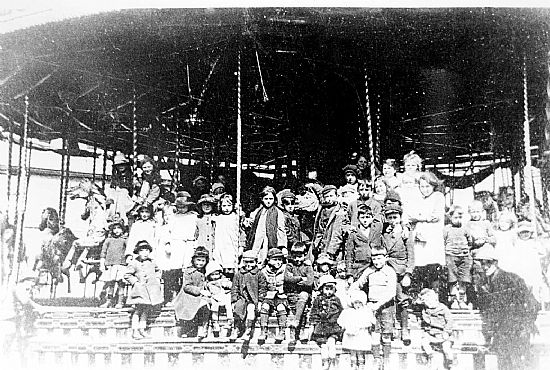 When this photograph was posted on Facebook, Margaret Watson recognised it: the girl in the centre with the long dark scarf is her mother, Mary Greener!  This places the photograph as about 1912, as Mary was born on 21st December 1905.  Margaret tells us it would have been taken in May as 'Hopping Sunday', when there was always a parade, was the first Sunday after the 14th May.
The photo would have been taken on Hood Square, where Mary and her family lived in a cottage (now demolished) later moving into 8A Hood Square. 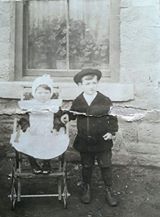 Margaret kindly provided another photo from the time, showing her mother Mary Greener with her brother Harry outside the house of her grandmother, Mary Waggott, at 12 Derwent Place. On the back of the photo is written 'behind old shops, opposite the Vulcan Inn, Front Street.'

Margaret remembers that when she herself was a child in the 1940s and 1950s, " It was so exciting to have the hoppings at Winlaton - especially after the darkness of WW2. However my grandmother's living room was very dark as the backs of the hopping stalls were right at the window. But no-one complained !  There was always a BIG spring clean and lots of baking as family and friends would turn up for the fun."

Here's another photo of the Hoppings, probably taken at the same time as the one on the carousel: 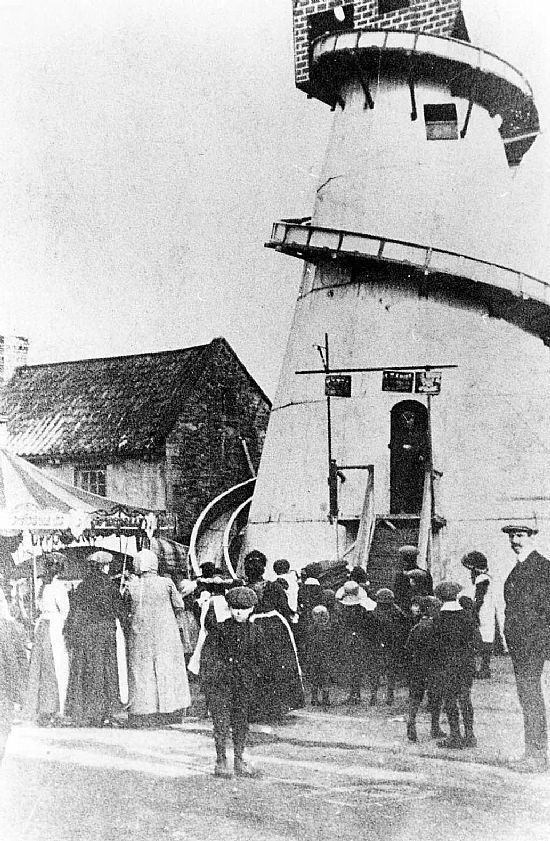