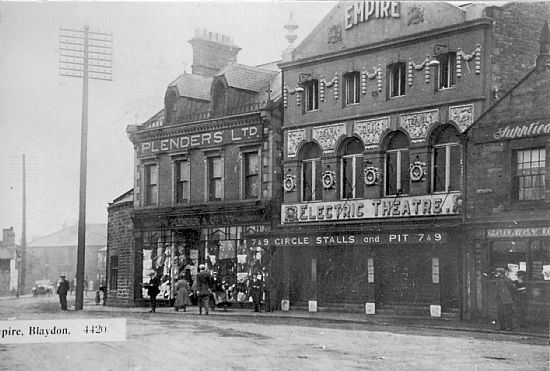 The Empire Electric theatre with its classical and well decorated facade was built in 1909 in the style of the music hall with circle, stalls and pit to show a mixture of variety and silent films and there was  a pianist to accompany the silent films. Later, in 1954,  the building became a branch of Woolworth’s, store no 861, but still retained the original raked wooden floor from its cinema days. The building was demolished in 1974 during the reconstruction of Blaydon. 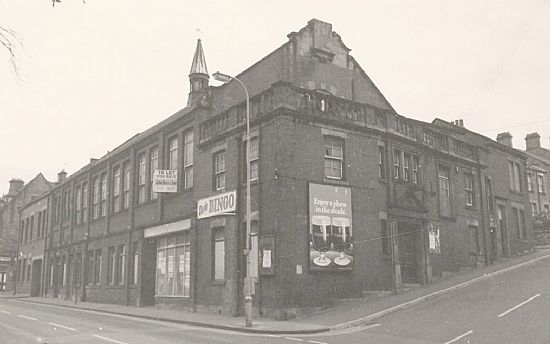 The Pavilion Cinema on Shibdon Road was known to all in Blaydon as The Hall and in the 1920’s the then managers’, the Smelt Brothers decided to emulate the exploits of Hollywood and make their own silent film. They recruited a local cast and got to work. The story was called ‘Who Stole the Boots’ and the thief was played by John Welch ‘Cobbler’.He stole a pair of boots from Jimmy Windsor, Boot & Shoe Repairer
of Church Street and was chased through the streets of Blaydon by the Policeman played by ‘Bogey’ Shields, a WWI amputee who propelled himself around Blaydon on a home made bogey. This was a time before veterans were issued with proper wheel chairs. As they raced through Blaydon the crowd chasing after them grew, they reached High Blaydon ran down Gas Lane and towards the riverside landing
stage and the movie almost ended in tragedy when several people fell in the river, but all were rescued. The movie was shown to great acclaim at The Hall. Sadly, this little gem of a movie seems to be lost forever, there have been several attempts to trace it but all without success, but the legend lives on. 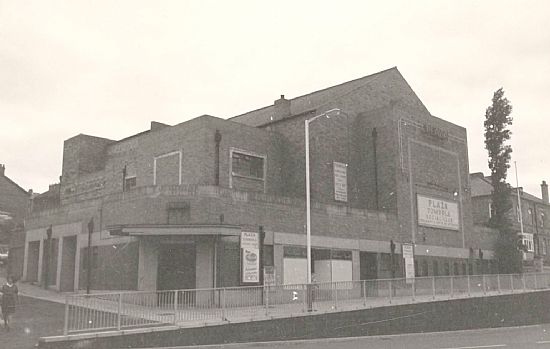 Built in the 1930's at the foot of Blaydon Bank and then used as a Bingo hall for many years.Demolished and replaced with Hadrian House care home. 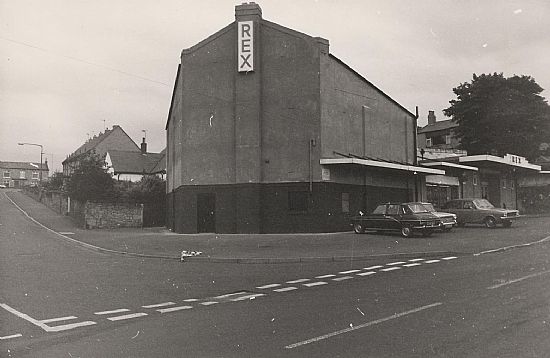 Built in the 1930's as a cinema and then used as a Bingo Hall for many years, later demolished and replaced with a block of apartments. The owner John Fisher born in Cumberland in 1890 was one of the pioneers of the industry and a member of the Cinema Veterans Association. He had been in the cinema business since 1913 and first started showing moving pictures on a hand operated projector with the light provided by oxygen and hydrogen cylinders.